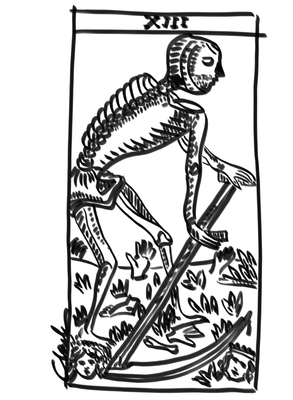 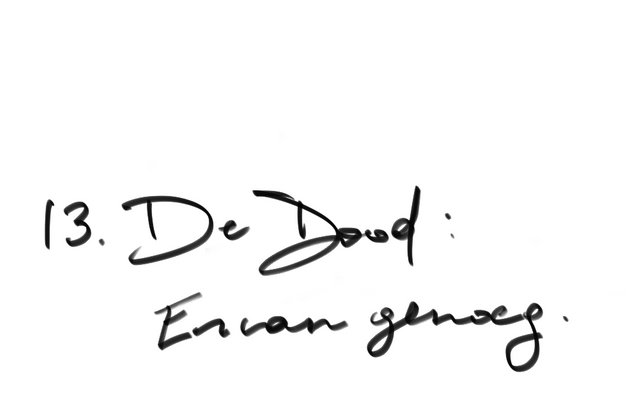 What does the death card mean and why is death typically depicted with a scythe?

Notice that the card is numbered 13 out of the 22 major arcana cards. It is litterally at the heart of the journey. But how can death be at the middle point of any spiritual journey? Well, in the tarot this card is not the end because if it were, it would have been given the place of the final card, number 22.

So what does the death card mean. We see a skeleton here who, well, isn't acting very dead. It's mowing down grain, it's active, it is doing stuff. OK so what is it doing? Well, harvesting. Harvesting what? Grain that has been growing and nowthe harvest is ready to be brought in.

Here's the thing: harvest too early and you end up without any grain, harvest too late and the birds will have eaten most of it, while the rest will have rotten by not being stored properly.

You are ready to take only what you need from your past so you can leave it behind and move on.

The death card tells us: the moment is Now.